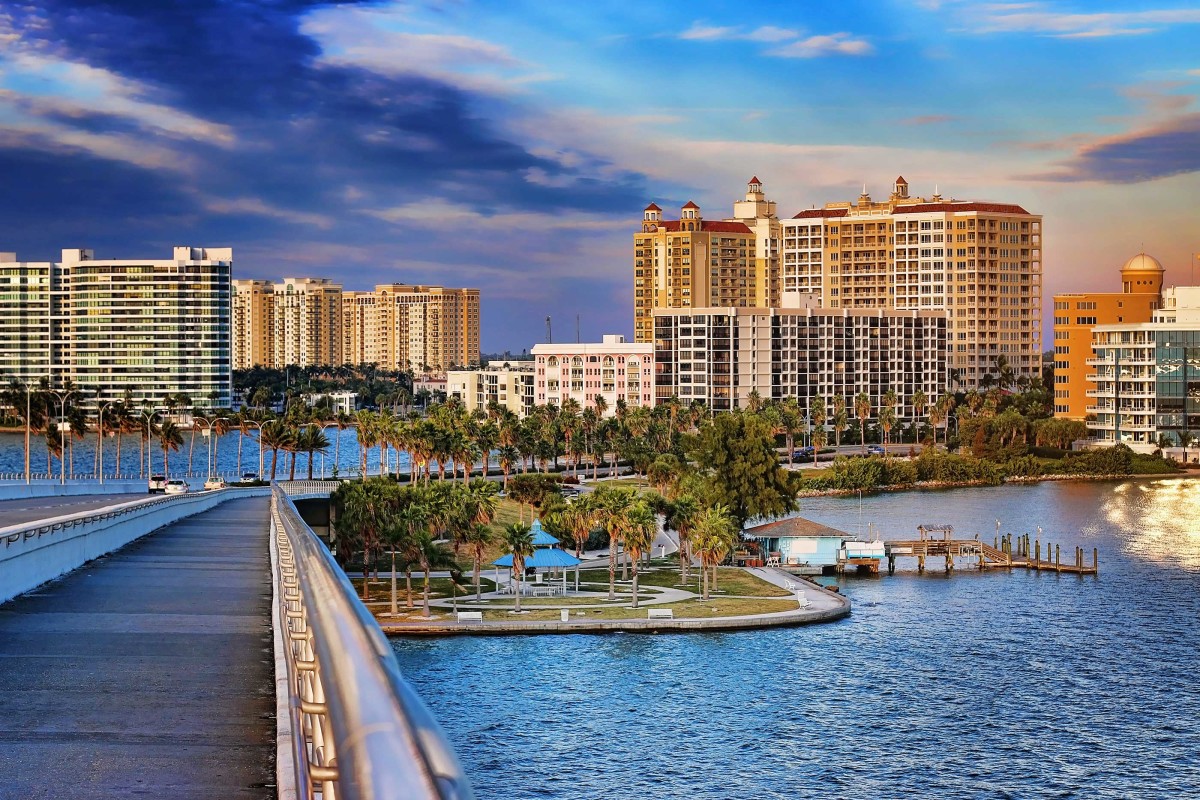 More than 10,000 years have helped shape the cultural and environmental history of Sarasota, Florida and today this beautiful city is "Where Urban Amenities Meet Small-Town Living.”  Explore the origins of Sarasota and discover the historical landmarks still around today.

The “Discovery” of Sarasota

Before its "discovery," Sarasota county was home to some of the oldest Native American tribes on the west coast of Florida including the Calusa, Tocobaga, and Timucuan people lived who fished and traveled through the region.

The activity displayed by the Native Americans in the area continued until 1539 when Spanish conquistador, Hernando de Soto, sailed into South Tampa.  Many believe that de Soto called the area Zarasota, which translates to Radiance of Soto (Zara is the Arabic word for Radiance), but many names for the Sarasota area have been recorded throughout history, including Zara Sota, ZaraSota, Sarazota, and Sarasota, to name a few.  The name Zara Zote also appeared in the early 18th century, but was possibly retained as Sara Sota along the way.  Sara Sota first appeared on a map in 1839.

It wasn't until the time period between 1868 and 1883 that Sarasota experienced its first large boom. During this time, William H. Whitaker came to the area and became the first permanent settler/pioneer of European descent. He was deeded 144.82 acres on September 1, 1851 on Sarasota Bay. The Whitaker Bayou was named after him.

Another person of record during this discovery boom was John Webb. Webb moved to Sarasota and opened the first “manufacturing plant” to refine sugar and produce syrup. His homestead was named Spanish Point, but there was a federal regulation that stated you could only use one word for postal designations so he renamed it Osprey.

The area began to develop in the early 1870’s with settlers visiting the area and beginning to stay.  John W. Gillespie, a manager of The Florida Mortgage & Investment Co., Ltd., saw the potential in the area and built the DeSota Hotel to attract others. The Spanish-American War in 1898 also aided in the colony’s growth, as cattlemen would drive their herds to slaughter to feed the soldiers.

Lewis Colson also came to Sarasota as a surveyor with the Florida Mortgage & Investment Co., Ltd. during that time and he and his wife settled in what would later become Overtown. Colson worked for engineer Richard E. Paulson, but his interests ran far deeper.  After establishing himself in the community, he donated property to build the city’s first African American church, Bethlehem Baptists Church, which still stands today.

The Population of Sarasota

Through the development of the area by Gillespie, the colony began to grow. In 1899, the first newspaper was established, along with the first telephone service, and the Seaboard Railroad bridge extended its line from Tampa to Sarasota in 1902. After that, it was only a short time before Sarasota was incorporated as a town on October 14, 1902.

In 1910, Mrs. Potter Honore Palmer visited Sarasota and liked it so much, she bought between 80,000 and 90,000 acres of land. She was the region’s largest landholder, rancher, and developer, and one of the key players in the town’s growth. Once she began spending her time in Sarasota, she established a cattle ranch called Meadow Sweet Pastures. Palmer pioneered large scale farming and dairy in the area and made significant contributions to practices that enabled  the development of crops shipped to other parts of the country.  She even owned a large piece of land that is now the Myakka State Park, as well as land that now consists of portions of the Oscar Scherer State Park. You can take a tour of Historic Spanish Point and learn more about Palmer, as well as the first visitors to the area, the Seminole Indians.

Palmer also contributed to tourism by encouraging the friends within her economic circle to spend their winter retreats in Sarasota.  With the war in Europe, she was easily able to establish Sarasota as a winter getaway and she built a resort to cater to the new tourists in the area.

Around the same time, two sisters - Katherine McClellan and Daisietta McClellan - became real estate developers.  They created the McClellan Park subdivision - one of the most significant and successful residential neighborhoods south of Downtown Sarasota today.

In 1911, Mable and John Ringling spent their winter in Sarasota, staying at the home of Charles N. Thompson, a land developer and a manager for another circus.  Ringling bought a parcel of land from Thompson and several other members of the Ringling family followed suit.  The compound grew and in 1919, the Ringling Brothers Circus established its winter home in Sarasota.  You can still take tours of the John and Mable Ringling Estate to this day.

The Ca' d'Zan, located at the Ringling Museum, was once home to John Ringling in Sarasota

Just one year after Palmer, the McClellan sisters, and the Ringling Brothers boosted the activity in the region, Sarasota was incorporated as a city on May 13, 1913.

The Ringling family shaped many areas in Sarasota. John Ringling was also a land developer and invested heavily in the barrier islands, which we now know as the Sarasota Keys.  The Ringling Circus is still a part of the Sarasota community today with the Edith Ringling Estate now the center of the New College of Florida campus and a Ringling Brothers Museum in operation.

Due in large part to Palmer and the Ringling family, the area flourished. Manatee County grew and there was a push to establish a new and separate identity. Three counties were carved out of portions of Manatee County and Sarasota County was established in 1923.

During the next few years, John Ringing contributed heavily to the development of St. Armand’s Key and even constructed the bridge from the mainland to St. Armand’s Key, now called the Ringling Bridge.

The Sarasota Orchestra was founded in 1949 by Ruth Cotton Butler and in the early 1950’s, the John and Mable Ringling Museum of Art purchased a historic Italian theater, the Asolo - now the Historic Asolo Theater. All this contributing to Sarasota now being known as the "Culture Coast."

Through the mid-1950’s, Sarasota kept growing. In the 1960’s, the Van Wezels built a performing arts hall on the bay front and visitors to Sarasota can still enjoy a show at the Van Wezel Performing Arts Hall today.

London Bay Homes understands the draw to Sarasota, FL, which is why we have select home sites available throughout the Sarasota Keys and in The Founders Club, a boutique-style community in an ideal location.  Contact us to learn more about London Bay Homes in Sarasota.

How to Design Your Home for the Southwest Florida Lifestyle 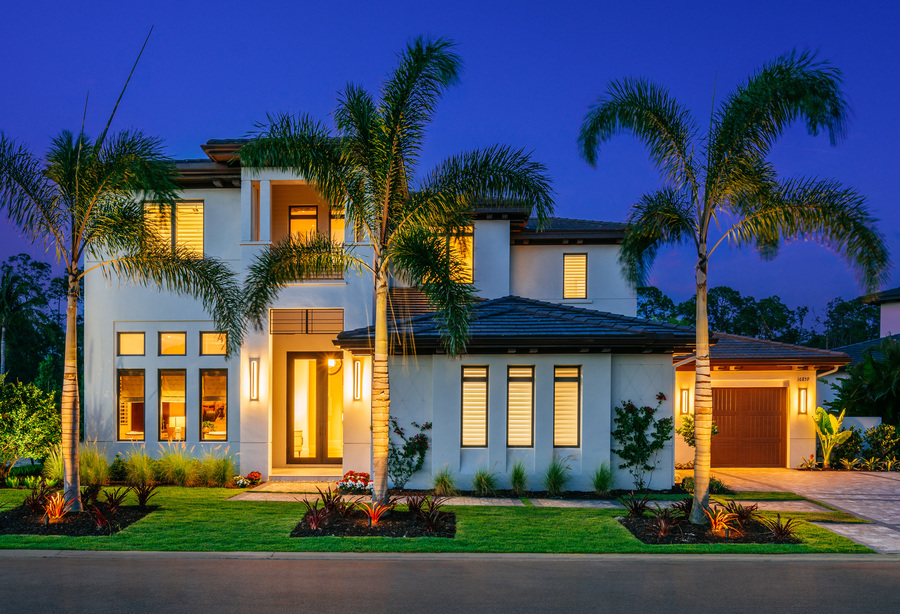 What are the Benefits of Home Automation?